These are a group of three small valleys: Brir, Bumburet and Rambur. Brir lies at the southern most tip of Chitral at a distance of 34 km (21 miles) and is easily accessible by jeep-able road via Ayun. It is especially ideal for those not used to trekking. Bumburet, the largest and the most picturesque valley of the Kafir Kalash, is 36 km.(22 miles) from Chitral and is connected by a jeep-able road.

Rambur is 32 km (20 miles) from Chitral, the road is jeep-able. Foreign tourists require permits for visiting the Kalash valleys. Permits are issued free of cost by the Deputy Commissioner, Chitral, Tel: 1. Foreign visitors have to pay a toll tax of Rs.10 per person while Re. 1.00 per person is charged from domestic tourists.

These valleys have an alpine climate. The people inhabiting these valleys are the primitive pagan tribes of Pakistan, who are known as Kafir Kalash, which means the wearers of the black robes. Their origin is cloaked in controversy. A legend says that soldiers from the legions of the Macedonian conqueror, Alexander, settled in Chitral and are the progenitors of the Kalash.

They live in small villages built on the hillsides near the banks of streams. Their houses are constructed of rough-hewn logs and are double storeyed because of the steepness of the slopes. Kalash are very lively people and are famous for their lively religious festivals namely: Chilimjusht (spring), Phool (September) and Chowas (from 21st December for a week). The Kalash love music and their instruments are drums and flutes. Their colorful dances impart a feeling of peace, joy and contentment. If you join them in their dance, they interpret it as a sign friendship and will open their hearts to you and reveal some of their mysteries, their joys and sorrows. You depart with a sense of poignancy and nostalgia for these beautiful children of nature and nagging fear that all the sweetness and innocence may soon be swept away forever by the power and intolerance that often hide themselves under the banner of progress. 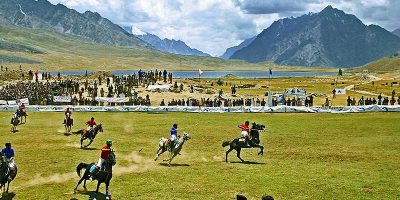 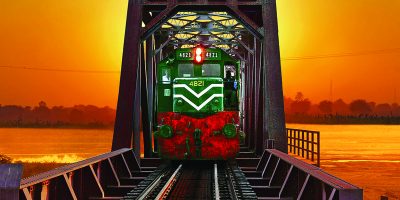